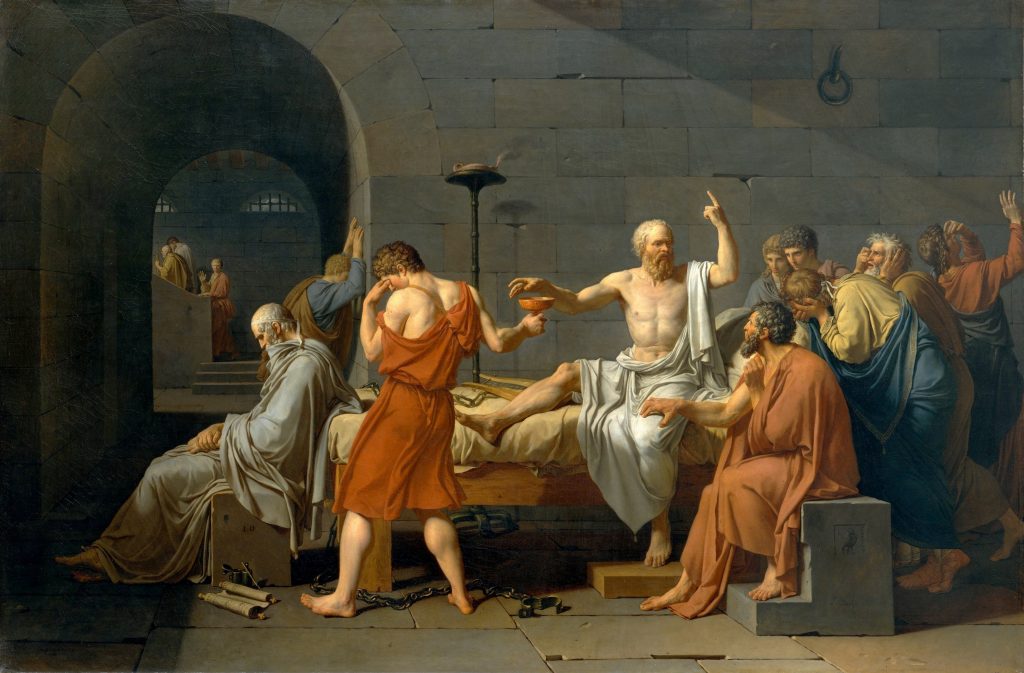 What it is and why it matters

Karl G. Maeser Preparatory Academy strongly believes that one of the best ways to prepare students for the future is by hearkening back to accepted and proven ideas of the past. By looking behind, students can see the road ahead more clearly. But what is a classical education, and why should parents be excited that their students can attend a classical school?

Why a classical education?

Anciently, education was viewed as a tool to help young people become virtuous and productive citizens. Education served to help students cultivate the moral compass that would allow them to use their skills in virtuous and appropriate ways. When the ancients spoke of virtue they meant both the moral and civic qualities that encouraged people to sacrifice their own self-interests and individual gain for the betterment and welfare of society as a whole. In fact, this may be one of the greatest reason to receive a classical education in the 21st century.

Ultimately, the concept of classical education can be likened to swimming in the ocean. When students swim around in the literature and experiences of the past, they will inevitably get wet—some of the opinions, viewpoints, and wisdom of those accumulated ages will surely stick with them. As they swim and struggle with the waves of history, literature, and ideas, they will gain a greater understanding of the shore they will one day have to stand on. If they continue swimming in the ocean of classical education long enough, not only will they become stronger, but the gentle rocking of the waves will remain with them even after they take their leave of them.

Maeser’s view of classical education is in many ways the culmination of a long educational tradition. Students at Maeser study the great words, works, and ideas of the past. They do this, not through secondary materials and modern interpretation, but by reading the original primary sources. This not only allows students to experience the tremendous growth that comes from reading exceptional literature, but it also allows students to form their own opinions about the literature instead of having to rely on modern commentaries and opinions. They can follow the mantra of many Renaissance intellectuals and go straight ad fontes—“to the sources”.

In today’s world of constantly increasing bandwidth and expanding connectivity, the study of Latin can initially seem awkwardly out of place. However, in a constantly changing world, studying Latin provides important tools and necessary context to help students make sense of their world.

As students embark on their study of Latin, they begin to learn the intricacies of a powerful language that came to dominate the western world for nearly two millennia. Latin’s complex syntax and grammar demands close attention and scrutiny, which reinforce critical thinking skills. Latin’s influence on English vocabulary is well-established, and students who apply themselves find their ability to express themselves improves. The influence of Greek and Roman literature cannot be underestimated, and the ancient echoes into our modern period. Students deserve to be introduced these greatest ideas, themes, and characters. As students become increasingly familiar with the great heroes, love stories, and events of the past, their present becomes more and more understandable and meaningful. Studying Latin allows students to enter into a great and powerful conversation that has shaped and molded history. Studying Latin gives students the opportunity to become sculptors of their own future by better understanding the rocks they themselves are hewn from.

For centuries, the foundation of classical education has been the study of Latin. At Maeser, all seventh and eighth graders study Latin, and students who desire to continue their studies in high school can do so in more advanced classes, where they study the writings of Cicero, Julius Caesar, Livy, and Vergil and others.

The Socratic Seminar is one of Maeser’s foundational experiences. Through the gateway of Socratic Seminar, students are exposed to a classical education. Instead of separating history and language arts classes like at other schools, the Socratic Seminar combines them into a daily two hour class to provide students a unique and powerful learning experience. Socratic Seminars are designed to encourage discussion and foster independent critical thinking. While teachers may occasionally lecture, most of the class revolves around class discussions, with the teacher acting as a facilitator.

The course is designed around the important people and events of history, as studied through great works of literature, which are read in historical context. For example, when ninth grade students are studying ancient Greece, instead of reading a textbook that talks about what other people have to say about ancient Greece, they read Homer’s Iliad and Odyssey. In tenth grade, discussions about English history are accompanied by reading Hamlet. In this way, history becomes much more than names and dates, and language arts becomes more enriching than simply reading a novel in isolation. Students learn to think critically by reading difficult and worthwhile literature, struggling to formulate and explain their own views, and learning to write clearly and powerfully.

Our school building is currently open.